New York State Comptroller Thomas DiNapoli has been one of the most influential investor voices on climate change in recent years. 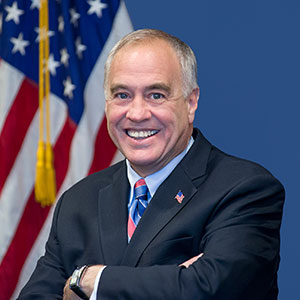 DiNapoli, who manages the $192 billion New York State Common Retirement Fund, was involved in a key battle in 2016, when he made a stand against oil and gas giant ExxonMobil.

The saga began in January 2016, when the Common Retirement Fund co-filed a shareholder resolution demanding that Exxon disclose how its portfolio would be affected by constraints on carbon consistent with a 2°C scenario.

Exxon responded by telling the Securities and Exchange Commission (SEC) that it planned to block a vote on the subject at its annual meeting in May, arguing that the resolution was not clear enough and relied on information that was difficult to quantify.

But the shareholders, led by DiNapoli, hit back with a letter to the SEC, saying that Exxon's complaints were unjustified.

"ExxonMobil risks becoming an outlier among its peers who have publicly supported reining in climate change," DiNapoli said in a separate statement.

In a key moment in the history of investor engagement over climate issues, the SEC sided with DiNapoli, meaning that the resolution was put forward at the AGM.

"This is a major victory for investors who are working to address the risk that global warming presents to our portfolios," said DiNapoli at the time. "The SEC's determination upholds shareholders' rights to ask for vital information."

"Climate change is an unprecedented, material risk that affects our portfolio across virtually all asset classes, yet there is little disclosure"
- Thomas DiNapoli

Although the resolution failed to win the support of the majority of shareholders, a similar resolution co-filed by the Common Retirement Fund and the Church of England Endowment Fund, was brought again the following year. This time it was successful, despite not receiving the backing of the Exxon board.

2016 also saw DiNapoli sign an investor letter calling on the G20 members to act on the Paris climate agreement.

DiNapoli has been outspoken on the need to address climate risks for years. At the Paris Climate Summit in 2015, he announced that he would put $2 billion of the pension fund in a low-carbon index-tracking fund managed by Goldman Sachs.

He has since gone on to be the first major US pension fund to sign up to the Portfolio Decarbonisation Coalition.

Thomas DiNapoli: Addressing climate risk is my fiduciary duty as trustee of the New York State Common Retirement Fund. Climate change is an unprecedented, material risk that affects our portfolio across virtually all asset classes, yet there is little disclosure. We want to know that the companies we invest in and the managers we hire are addressing long-term risks, including climate change. Our large size and diversified holdings means that the Fund has direct and indirect exposure to systemic risks that climate change may cause, so we are active on the public policy front as well.

Why did you decide to make a stand about Exxon and climate risks?

DiNapoli: Exxon is America's largest domestic oil producer and one of our largest holdings. We were not satisfied with the company's reassurances that it was addressing climate risk.

How significant was it that the SEC sided in your favour over Exxon?

DiNapoli: It was very significant. It allowed us to move forward with our request. That said, even if the SEC had upheld Exxon's no-action request, we would not have gone away. We would have reconfigured our request and come back the next year.

What will the next steps be with Exxon?

DiNapoli: After our majority vote was announced at the company's annual meeting, Exxon's CEO stated that the board of directors would be formally reconsidering its opposition to our proposal. We are hopeful they will move forward to implement the proposal.

Will NYS Common Retirement Fund be turning its attention to other companies/sectors next?

DiNapoli: In 2017, we expanded our shareholder proposal programme on two-degree scenario analysis with utility companies, which is a demand-side approach in the energy value chain. Climate risk remains one of our priorities, along with board accountability and diversity, disclosure of corporate political spending, excessive executive compensation, international labour standards and equal rights in the workplace. We may also be looking at some new issues for next season.

DiNapoli: It's inevitable that the future global economy is a lower carbon economy. Climate risk and the global effort to mitigate climate change present a wealth of opportunities in alternative energies, new technologies, infrastructure and other areas. It was essential that
the Fund move towards climate aware investing. We believe our fiduciary duty requires our investment staff and myself to seek out sustainable investments that meet our standards of risk and return.

Have any of the actions you have taken with regards to climate proved controversial with any stakeholders at NYS Common Retirement Fund? If so, were you able to win them over?

DiNapoli: I think our stakeholders have been very pleased with our efforts and, in particular, with our performance and investment returns.

How has the low-carbon index announced at Paris climate summit performed?

DiNapoli: It's performed as we expected, closely tracking the Russell 1000 index.

It was created to replicate the returns of the index with a very low tracking error and it has succeeded. It has proven to be a cost-effective and efficient way to lower the carbon footprint of our portfolio and we believe it has inspired other investors to seek out ways to invest that help promote a lower carbon economy.

Do you have any plans to increase the allocation to the index, or scale up climate-related investments in any other way?

DiNapoli: It is a scaleable strategy and we expect that in the near term we will be able to announce an increased investment to the low emissions index. We're not there yet, but we are close.

DiNapoli: We have more than $5 billion committed to sustainable investments, including the $2 billion low-carbon index and an additional $1.5 billion in our Sustainable Investment Programme (SIP). The Fund recently made its first SIP investment – the Avanath Affordable Housing Fund, which invests exclusively in multifamily properties in markets where renters have high cost burdens.

Avanath is one of the rare real estate investment managers whose primary strategy focuses on environmental, social and governance (ESG). Among other things, Avanath considers use of energy-efficient appliances and installation of solar panels at its properties as an investment performance driver.

What else can NYS Common Retirement Fund do to drive the agenda of addressing climate risks and opportunities?

DiNapoli: We will continue to speak up and ask our portfolio companies what they are doing to protect themselves and their investors. The Fund, with other investors, will continue to seek a regulatory environment that will lead the Fund and the planet to a more sustainable future.

We frequently weigh in with a wide range of policymakers on disclosure and climate mitigation issues. I serve on the board of Ceres. The Fund is a founding member of the Principles for Responsible Investment, a member of the Portfolio Decarbonisation Coalition and member of CDP, among other groups. We will continue to allocate our capital to sustainable strategies.

Will Donald Trump's decision to pull out of the Paris Climate Agreement have an impact (either within NYS Common Retirement Fund or more broadly)?

DiNapoli: The decision to withdraw from the Paris Agreement was misguided to say the least, but the other nearly 200 nations who signed the accord, not to mention the global investment community and global markets, are moving forward with the Paris goals. In addition, local, city and state level officials, like myself, have reaffirmed our commitment to a low-carbon future and adherence to the Paris Agreement promise. In the short term, the decision may delay or set things back a bit domestically, but the Paris Agreement was meant to unfold over decades across the planet, so the President's decision isn't going to halt the inevitable.