The project, which is located in Jordan, has become totemic for the burgeoning Middle East renewables market, says David Short, a director at Mizuho Bank, which was lead arranger for the $170 million financing of the project.

"I think it's a good example of how project finance can be effective in the region," he says. "It shows how renewables transactions in the region are viable and it shows that the economics of it were actually competitive with other forms of power available.

The project is owned by Diamond Generating Europe – a subsidiary of the Mitsubishi Corporation – which has a 35% equity stake, and Nebras Power of Qatar together with Jordanian company Kawar Energy, which own 35% and 30%, respectively.

They acquired the project in 2014 from an international consortium including First Solar, which entered into a memorandum of understanding with Jordan's Ministry of Energy and Mineral Recourses in 2012 to develop the 52.5MW site located in the Ma'an Development Area – a state-led initiative promoting the development of alternative energy.

The debt portion of the $170 million deal was provided in January 2015 by Mizuho Bank, Standard Chartered Bank and Japan Bank International Corporation (JBIC).

The banks provided a $129 million term loan with an 18-year tenor. The commercial tranche was guaranteed by the Japanese export credit agency, Nippon Export and Investment Insurance (NEXI).

"This was, at the time, the largest solar PV project to be financed in the Middle East and the only one to be financed by commercial bank lenders." - David Short, Mizuho

Jordan was the first country in the Middle East to provide feed-in tariffs for solar, which helped it attract major international developers such as First Solar and SunEdison.

This model of financing is repeatable, and hass been rolled out in other countries in the region already, according to Rob McNabb, partner, litigation and dispute management at Eversheds, which advised on the deal.

"The Jordan programme was the forerunner to what we now see coming online in Dubai, Egypt and other Middle East and North African countries. This project was the biggest of the first-round projects in Jordan," says McNabb. 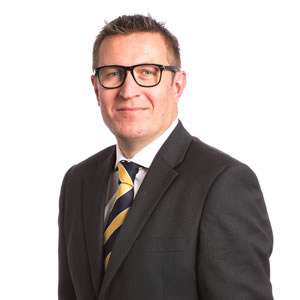 "Without the government-backed programme, there would not have been the market we now have, as this required a bankable off-taker to take the power from the project in order for the project to be viable. Without it, you most likely wouldn't have received project finance from the banks."

Power generated from the project will be purchased by Jordan's National Electric Power Company under a 20-year power purchase contract. Once completed later this year, Shams will provide 1% of Jordan's energy output.

As oil prices fall, more countries in the Middle East are looking for ways to bolster their energy security without resorting to huge public spending.

"There had not been any significant solar projects in the Middle East until the Jordan programme," says McNabb. "Jordan doesn't have the natural fossil fuel reserves of many of its neighbours and it imports most of its power, so it was no coincidence that it was the first to start building these types of projects."

The project is being constructed by First Solar which is using its trademark thin film technology.

Thin film, which performs better at higher temperatures and is more cost-effective over large spaces, is ideal in the Middle East, says Short. EF