They were developed jointly by the bank and the environmental investment specialist Althelia, and the proceeds will be channelled to the Althelia Climate Fund.

"We believe that more could have been placed, but timing was a factor due to the fund's final closing date of 11 December", adds Sylvain Goupille, co-founder and managing partner of Althelia Ecosphere.

Christian del Valle, the other co-founder and managing partner, notes that it was the first time that a private financial institution had issued investment instruments related to conservation.

Just over 50 investors – mostly high net worth individuals, but including a handful of family offices and foundations – bought the notes, for which the minimum investment was 100,000. Most are European but a few are from Asia, Huwyler says.

The notes played a valuable role in expanding the investor base of the €105 million Althelia Climate Fund, says del Valle, as most of the other investors are large public and private institutions. 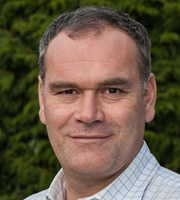 The closed-end fund was launched in November 2011, with the aim of investing in agroforestry and other sustainable land use projects, and is due to mature in 2021.

The fund extends loans to projects in Africa, Latin America and Asia, backed, in part, by a guarantee from the US Agency for International Development. This guarantee effectively halves the financial risk associated with the projects, says Goupille, and "allows private capital to flow at scale toward financing sustainable land use programmes and activities."

The fund operates a 'payment for performance' approach, so less than 30% of the total investment is normally allocated upfront to cover capital expenditure and initial operating costs. The balance is disbursed year-by-year, provided the projects' performance has been satisfactory.

Another novel feature of the notes is that, rather than holding undrawn cash on deposit in the bank or in the stock market, it will be invested in 10-20 green bonds selected from the Barclays/MSCI green bond index.

Goupille declined to disclose the expected return from the fund, but says it will be "in line with market expectations", meaning there should be no compromise on financial performance in return for the social and environmental benefits delivered.

The investments generate revenues by selling carbon credits and certified agricultural produce – such as coffee and cocoa – at a premium price. The goal is a roughly equal split between the two revenue streams but, in the early years, carbon credits may dominate, as organic and Fairtrade production systems are ramped up in and around the projects, del Valle says.

Sales of these credits will enable the fund to make an annual payout to investors and generate benefits for communities living nearby before the crops are ready for harvesting.

The fund's latest investment is a $7 million commitment to a $12 million initiative to protect 570,000 hectares of natural forest in Peru. The project covers the National Reserve of Tambopata and the National Park of Bahuaja-Sonene, as well as 4,000 hectares of degraded land around the parks.

It aims to restore this 'buffer zone' through agroforestry systems that will produce 'deforestation-free' cocoa and improve the livelihoods of the 1,100 farmers who live there.

The national park and the reserve are biodiversity hotspots and provide important ecosystem services, such as water and carbon sequestration. Both are currently under threat from slash-and-burn agriculture and illegal mining.

Eventually, the investment should yield at least 3,200 tonnes of certified deforestation-free organic and Fairtrade cocoa each year, ensuring the long-term financial and environmental sustainability of the buffer zone.

In addition, it will prevent an estimated 4 million tonnes of carbon dioxide emissions over the next seven years. The resulting carbon credits – all generated from within the protected areas – will be registered with the Verified Carbon Standard and the Carbon, Community and Biodiversity Standard. EF