Environmental Finance's inaugural Deal of the Year Award for the water sector goes to US company Xylem for its acquisition of smart water meter business Sensus for $1.7 billion. 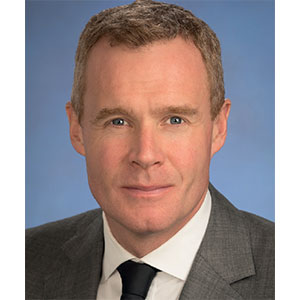 The deal, which was agreed in August 2016, indicates water's increasing importance as a global concern, which has led to its growth on investors' radar and inclusion as a standalone category in the Deals of the Year Awards.

There are a number of drivers behind the growth of water, which make a company like Sensus an attractive acquisition, according to Matt McClure, head of Americas mergers and acquisitions at Goldman Sachs, which served, alongside Credit Suisse, as financial advisor to Sensus on its sale to Xylem.

These include increasing urbanisation, a growing middle class in emerging economies and ageing infrastructure in the US. The latter trend is particularly relevant to this deal as nearly 70% of Sensus' revenue is generated in the country.

These trends are leading to increasing regulatory pressure on water use and conservation which, as a meter and analytics provider, Sensus is set to benefit from.

"This business [Sensus] very much plays into the concept of water becoming an increasingly scarce resource and, with ageing infrastructure, the increased scrutiny around how it's used and managed," says McClure.

The acquisition was the largest deal in the water space, says McClure. It was funded by a mixture of cash, new debt and a revolving credit facility.

Xylem is seen by investors as a play across the water theme. It mainly makes pumps for the treatment of water and wastewater as well as filtration and chemical-free disinfection. The acquisition will allow it to expand into metering.

"Sensus is a natural extension of Xylem's water strategy - they're clearly buying into macro-trends around water scarcity and regulation around its use, and using that as a platform to build out more products and capabilities into that arena generally"
- Matt McClure, head of Americas mergers and acquisitions at Goldman Sachs

Following the acquisition Sensus became one of Xylem's brands and, in addition to attaining its system intelligence solutions, Xylem will use its network platform as a foundation for future growth in the area.

"Sensus is a natural extension of [Xylem's] water strategy - they're clearly buying into macro-trends around water scarcity and regulation around its use, and using that as a platform to build out more products and capabilities into that arena generally… Xylem was already selling products and services into water markets and this gives [it] a whole new spectrum of clients in the water utility space," explains McClure.

Sensus offers Xylem higher long term economic growth, expected at 6% to 7%, compared with Xylem's 3% to 5%. The company generated $837 million in revenue and $159 million in earnings before interest, taxes, depreciation and amortisation (EBITDA) in the year to 31 March 2016.

"This will be an important milestone in our strategy to move Xylem's portfolio of solutions up the technology curve," said Patrick Decker, president and CEO of Xylem when the deal was agreed.

Xylem expects to reach $50 million in annual cost synergies within three years and use Sensus' network technology and "internet of things" for its large installed base of wastewater treatment systems. The "internet of things" enables these devices to send and receive data about their use. It is an example of the growing sophistication around analytics that will allow for much smarter use of water, says McClure.

"We are confident that, together, we will have the resources and scale to continue advancing differentiated technology and delivering innovative solutions," says Randy Bays, president of Sensus, when the deal was agreed.