Allianz Risk Transfer (ART) and Nephila Capital's proxy revenue swap hedge structure for a wind farm in the US has the potential to be replicated throughout the renewables industry. 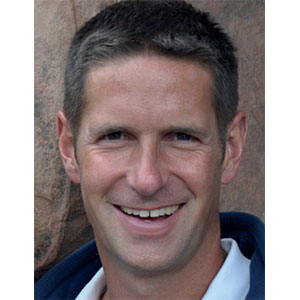 Risk transfer intermediary REsurety and energy management specialist Altenex collaborated with ART and Nephila in the development of the proxy revenue swap.

Chadbourne & Park were legal adviser to Deutsche bank on the debt financing of the deal.

The deal helped the project secure debt from Deutsche Bank and tax equity from JPMorgan, Itochu and US Bank.

"The proxy revenue swap is a 10 year commitment by Allianz to provide cash-flow to the client and potentially allowing the client to go and secure attractive financing because of Allianz AA- credit rating," says Karsten Berlage, managing director of ART.

A previous deal involving ART and Nephila, that was finalised just two months before Old Settler Wind, had used a proxy revenue swap, but the project did not have the involvement of third party capital.

ART believes it has hit upon a winning formula for hedging against wind risk that it is keen to replicate.

"We absolutely see the potential to do more of these deals," says Berlage. "We have several more similar deals in the pipeline in different stages."

The financing product allows the wind power industry to have greater certainty over its revenues by eliminating the downside associated with wind risk and changing energy prices. It effectively transfers the risk of these variables from the developer, Apex, to Allianz.

"We basically eliminate two of the main risks that the client has… wind intermittency risk, that the wind does not blow enough or too much and there's a variability in the power generation, and secondly the power price risk," explains Berlage.

"We absolutely see the potential to do more of these deals. We have several more similar deals in the pipeline in different stages"
- Karsten Berlage, Allianz Risk Transfer

This certainty enables the wind power industry to better manage and predict its revenues and should help to encourage financing of wind farm facilities and, ultimately, make this risk transfer product increasingly attractive as wind energy use grows, says ART.

The proxy revenue swap provides "a new resource to further accelerate our nation's shift to clean energy," says Mark Goodwin, president of Apex Clean Energy, when the deal was completed in 2016, though it didn't become commercially operational until this year.

Old Settler Wind is part of a wind portfolio developed by Apex that also holds 50.4MW Cotton Plains Wind and 15.4 MW Phantom Solar facilities. The remainder of the portfolio, excluding Old Settler Wind, has a power purchase agreement with the Defense Logistics Agency, on behalf of the US Army, which will buy the power for the garrison at Fort Hood. Energy produced at Old Settler will be used to power 51,000 homes in Texas.