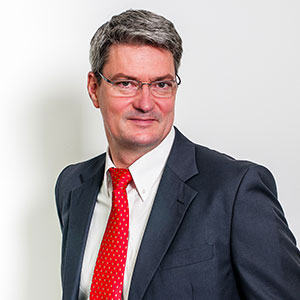 The cement companies – Holcim Morocco, Asment, and Cimat – have signed long-term agreements to buy 80% of the power generated at prices that are cheaper than from the grid.

Locking in these offtakers was a crucial factor in helping the $180 million greenfield project, 50km east of Tangier, reach financial close in the final quarter of 2016.

It meant the project didn't need any support from the Moroccan government and is a model that Acwa believes can be followed by other private developers selling power to private offtakers in the country.

Acwa Power is the lead developer, with a 75% shareholding, and the Africa-focused Argan Infrastructure Fund (Arif) has a 25% stake.

The senior 20-year loan was split into three tranches. Two of the tranches are in Moroccan Dirham each with a margin of 2.7%, from the European Bank for Reconstruction and Development (EBRD) and Banque Marocaine du Commerce Exterieur (BMCE). The third tranche, in US dollars, has a 1% fixed interest rate with a grace period of 10 years, from the Clean Technology Fund, which is part of Climate Investment Funds – a vehicle funded by multilateral development banks.

Acwa Power led the structuring of the debt package.

It is the first renewables project funded by EBRD in Morocco to rely on arm's length private commercial offtake agreements contracts instead of a state support scheme mechanism.

Khalladi is one of the first projects developed under The Moroccan Renewable Energy Law 13.09, which promotes energy production from renewable sources to be sold to private entities for the benefit of private customers connected to the high voltage grid.

Thierry Tardy, executive director for acquisitions and project finance at Acwa Power, says the beauty of the Moroccan energy law is that it allows the national grid to be used to sell power to companies that can be at the other side of the country to the power generating plant.

"The structure we put in place together with the law 13.09, the level of infrastructure and grid available in Morocco, the level of stable wind experienced at the Khalladi site, all together made it possible to structure a scheme based only on the project economics and not involving subsidy from the country," he adds.

The remaining output will be sold through short-term 'merchant' PPAs with other private industrial customers, with any residual output being allocated to the grid operator, which will act as default offtaker.

"The success of this project is expected to increase private participation and investment in this sector as new players replicate and advance this template forward," adds Tardy.

The Khalladi Wind Project is expected to result in greenhouse gas reductions of over 200,000 tonnes of carbon dioxide per year, once it begins operating, which is expected in the first quarter of 2018. The Moroccan government's wind programme targets the installation of 2GW of wind power capacity by 2020, equivalent to about 28% of Morocco's current installed generation capacity.