Green Group gives a second life to waste materials including plastics, electronics, glass and batteries, collecting and treating them so they can re-enter production cycles and be turned into something new. The company predicts a sharp rise in recycling in the coming years, and expects to double or even triple the amount of waste it processes over the next decade. 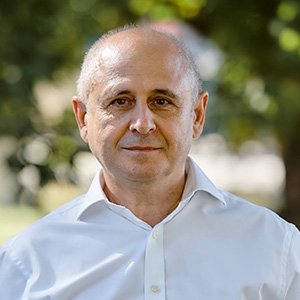 Europeans generate some 25 million tonnes of plastic waste, but less than 30% is collected for recycling. As part of its Green Deal, the EU wants to boost the uptake of recycled plastics in the production of new products, and aims to reduce net greenhouse gas emissions by at least 55% by 2030. Its Circular Economy Action Plan, meanwhile, intends for all plastic packaging placed on the EU market to be reusable or recyclable by 2030.

"We are entering a golden era of recycling," says Constantin Damov, Green Group's co-founder and chairman. "The ambitious European Green Deal objective cannot be achieved without the recycling industry – without keeping materials in the economic circuit for a long period of time."

A new life for waste

"Recycling will become the main engine of the circular economy, securing more resources for industry than traditional mining," says Damov. "We are part of a shift away from a linear way of consumption towards a sustainable, circular model of economic growth."

One way in which Green Group contributes to the circular economy – which aims to create a closed loop of materials, cutting the need for virgin plastics – is upcycling. For example, the group's PET (polyethylene terephthalate) division recycles PET bottles into flakes, which are then transformed into polyester staple fibres. Polyester staple fibre is a recycled product with an impressive 50% reduction in CO2 emissions, compared to virgin fibre material alternatives. And it increases the lifespan of the material significantly.

"The lifespan of three to four months as plastic packaging is suddenly increased to 12 to 15 years – as part of a new car, for example," explains Damov.

Green Group already has the capacity to recycle 400,000 tonnes of waste annually, and now it is looking to expand across Eastern Europe, starting with two new PET recycling facilities in Lithuania and Slovakia.

In 2019, ING Bank Romania granted the company a syndicated loan that allowed it to invest in new machinery and production lines across all of its recycling streams.

"This was the first sustainable syndicated transaction made in the local banking landscape, so it has symbolic value due to its road-opening nature," says Adrian Huma, sector head of Automotive, Transportation and Logistics at ING Romania. "It represents a solid step forward for our local circular economy and marks the beginning of larger-scale involvement of the Romanian banking system in the circular economy. A loan will not increase awareness by itself but what is done with the money from that loan can raise it. And that is what will matter in the end."

The next frontier: consumers

Green Group's business is primarily B2B for now, but Damov believes that expanding its B2C reach will play a big part in the company's future success – and the success of recycling as an industry.

"B2C is not explored enough today," he says. "Individual consumers are generating the biggest amount of waste to landfill. The shorter the route of waste from consumer to recycler, the better the quality, which leads to increased recycling output."

He points to bottle-deposit schemes as a way to set up a direct link between consumers and the recycling industry, and cut time and cost from the process. These kinds of schemes have great potential: Europe's most successful scheme is in Norway, which has a 97% recycling rate for plastic bottles.

Back in Romania, one of the greatest challenges Green Group faces is the existing waste management system. If the country is going to improve its recycling rates, it needs better separation of materials, and that should be a priority: municipal recycling is another target of the EU's Circular Economy Action Plan, which sets a target municipal recycling rate of 60% by 2030.

So Green Group has started working with city authorities to increase awareness of the circular economy and their participation in it. So far, it has launched Circular Buzau, a collaboration with Buzau municipality, with more partnerships planned.

"We set up a collection infrastructure, rewarding people who bring in waste with shopping discounts," says Damov. "It's a small step, but it's having a big impact on the local community in terms of education about the value of waste."

E-bike to go: The subscription service riding the sustainability wave

Jens Muller: without staying power, it's hard to be a real changemaker