This year's landmark convention on biodiversity will put the issue squarely in focus – and will increase scrutiny of financial institutions and large companies. IBAT's Dr Eugenie Regan explains how they can ensure they are managing their biodiversity exposures

Environmental Finance: What makes 2020 such an important year for biodiversity protection?

Eugenie Regan: The last year or two have really brought home the crisis faced by the world's biodiversity – such as the 1 million species threatened by extinction, as highlighted in the IPBES global assessment report – and the linkages between nature loss and climate change.

There are also increasingly clear connections being drawn between biodiversity loss and the global economy. This year's World Economic Forum Global Risks Report placed "biodiversity loss" as the second most impactful and third most likely risk for the next decade.
In October, China is hosting the Conference of the Parties to the Convention on Biological Diversity.

There are high hopes that it will agree ambitious global biodiversity targets. Ahead of that conference, the UK's government's Dasgupta Review on the Economics of Biodiversity is due to report. And a number of sustainable finance initiatives that address biodiversity protection are gaining traction.

These initiatives are converging with growing public concern about nature loss and environmental degradation, meaning that financial firms and large companies are going to come under much closer scrutiny.

EF: Biodiversity exposure is a big subject – especially for financial institutions. Where should they start?

ER: For most financial institutions, project finance tends to be the business line where impacts on biodiversity are clearest.

The construction of large projects always has an environmental impact – and these impacts can be substantial for activities in areas of high biodiversity value, or which are home to 'iconic' species, such as primates or marine mammals.

The starting point for banks is mapping projects against biodiversity hotspots.

There are a number of databases available that provide detailed, up-to-date information at a sufficiently high level of granularity to be useful at the project level. We bring together the three most authoritative in the Integrated Biodiversity Assessment Tool (IBAT), a web-based map and reporting tool.

EF: What about broader corporate exposures?

ER: Assessing exposure to corporate clients is more complicated, as it can be challenging – or at least resource-intensive – to get a full picture of a corporate's global operations and, therefore, to understand where it might be responsible for negative biodiversity impacts.
A good starting point is to find out if the company in question has any public policies or processes relating to biodiversity. That should provide some assurance that these issues are on the company's radar screen, at least.

However, a robust due diligence process requires a geographically based assessment of a companies' operations. One of the things we are working on is mapping the biodiversity data captured by the IBAT tool against individual companies' assets. That promises to considerably speed up the process of screening for corporate biodiversity risks.

EF: What should companies themselves be doing about assessing and reporting their biodiversity exposures?

ER: We are seeing a growing number of companies working to better understand their biodiversity exposures – and using tools like IBAT can provide a straightforward means of assessing their geographical exposures. It can help them avoid risks, protect their licence to operate with local communities and communicate with wider stakeholder groups. For example, a number of our users – such as chemicals company Evonik and General Motors – are feeding IBAT into their public sustainability reporting.

EF: How do you see the debate around biodiversity risk evolving over the next year or so?

ER: The recent BlackRock announcement on climate was a big turning point for environmental issues. We are going to start seeing financial institutions and companies making similar commitments around biodiversity. However, the issue is much more complex to measure than climate, and we're already seeing various organisations proposing different biodiversity metrics.

The debate will not just be about 'why' but also 'how' to measure and reduce biodiversity loss. There will be competing approaches and a vigorous debate, but the main thing is that biodiversity is taken into account. It is crucial that we not allow the perfect to be the enemy of the good. 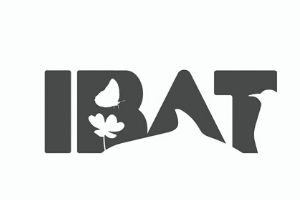