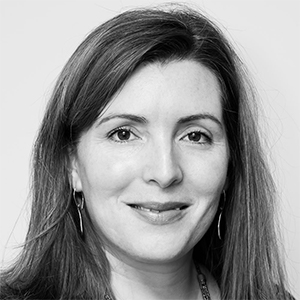 The latest global assessment from IPBES – the Intergovernmental Science-Policy Platform on Biodiversity and Ecosystem Services – on the state of the planet's biodiversity makes for sobering reading: with a million species at risk of extinction, biodiversity loss is as pressing a global challenge as climate change.

It is a challenge that large companies and their investors are increasingly facing up to, aware that overlooked biodiversity exposures can prove costly, leading to project over-runs and reputational damage. But the highly localised nature of biodiversity impacts means they need granular and up-to-date information on potential exposures.

"It can be extremely costly for financial institutions, for example, to understand if the projects they are financing are in areas of high biodiversity value," explains Eugenie Regan, manager of the Integrated Biodiversity Assessment Tool (IBAT), a web-based map and reporting tool that provides fast, efficient access to three of the world's most authoritative global biodiversity datasets.

Specifically, IBAT brings together the World Database on Protected Areas, the IUCN Red List of Threatened Species, and the World Database of Key Biodiversity Areas – the three most authoritative global biodiversity datasets. Users can create bespoke reports based on these datasets, defined by geographical area, as well as pulling data directly into companies' own mapping systems. In addition, the system allows users to screen projects to ensure they are in compliance with the International Finance Corporation's Performance Standards, a key environmental and social risk management benchmark.

Subscribers to the service include large energy and extractive industry companies such as oil majors BP, ExxonMobil and Total, mining giants Anglo American, Rio Tinto and BHP, and utilities including EDF, Enel and Engie. Within the financial sector, BNP Paribas, J.P. Morgan and Standard Chartered are users, as are multilaterals such as the Asian Development Bank (ADB), the European Investment Bank and the World Bank Group.

Francesco Ricciardi, an environmental specialist in the ADB's sustainable development and climate change department, explains that the bank uses IBAT at the project concept stage to screen potential biodiversity risks. "It is used to identify if the proposed project is located in an area of high biodiversity value, if potentially there are endangered species recorded in proximity, as well as protected areas or natural reserves. If one or more such risks are identified, it triggers additional studies and evaluations required by ADB's Safeguards Policy Statement."

He says that IBAT is a "convenient tool", allowing the ADB's environmental specialists to use a single, user-friendly database instead of a number of single-resource databases, or more complicated tools such as geographic information system (GIS) applications.

"The Asian Infrastructure Investment Bank (AIIB) uses IBAT at several points in the financing process," says Courtney Lowrance, its principal environmental specialist. It is used in AIIB's initial project screening process, then by the environmental and social (E&S) specialists assigned to a project to identify any biodiversity studies that might be required.

"In particular, IBAT allows users to compile a list of key biodiversity areas and potential species of concern within a specific radius of the project site," she adds. "This helps E&S specialists in scoping the environmental and social impact assessment. Compiling the species of concern would be much more difficult without the tool."

Although IBAT is seeing growing uptake within the financial sector and among multinational companies, its potential is only beginning to be realised, says Regan. "While we are the authoritative data provider for biodiversity information , we want to understand how we can package that information better for the finance sector and others. We have access to such great scientific expertise; the question is, how can we connect the science to decisionmakers within the financial community and large companies?"

One avenue that IBAT is pursuing is to work with ESG data companies, including RepRisk and Trucost S&P Global, to link its biodiversity data with assets at the company level. "We don't have company asset data, or mining or oil and gas concessions," says Regan. "Mapping that to our biodiversity data would make it easier for the finance sector, in particular, to screen for those risks."

In the meantime, the revenue that IBAT earns helps its partners maintain and expand the vital biodiversity datasets that they collect. "The cost of getting up-to-date and authoritative information is vast," says Regan. "At the moment, of the million species under threat of extinction, we have only assessed 100,000 – we are far from a complete picture of the global threat to biodiversity."