Over the course of ten years, South Pole Group has leveraged carbon markets to produce over 100,000 GWh of renewable energy and to unlock 80 million tonnes of CO2 reductions - more than the annual national GHG emissions of Greece. 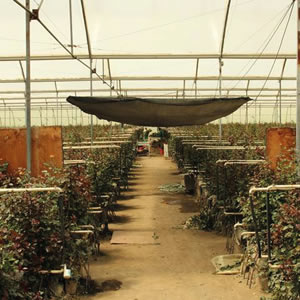 Further such impacts are likely to follow in the aftermath of the Paris Agreement, with more and more organisations committing to decrease their carbon footprints, engage in sustainable resource management and transition to renewable energy.

The fulfillment of the recently inked COP21 Paris climate agreement and the establishment of the UN Sustainable Development Goals calls for verified, impactful action from public and private actors alike.

Going forward, results-based finance will be key in driving investment in substantiated, climate-smart projects via, among others, the carbon markets. The latest report on the State of the Voluntary Carbon Markets 2016 already shows that while global leaders were preparing for last year's transformational climate agreement, companies as well as state and national governments deployed voluntary carbon markets to increase their own actions on climate.

Results-based mechanisms such as carbon credits, REDD+ and other advanced market commitments can and already have offered lucrative solutions for reducing global greenhouse gas emissions and for helping organisations achieve carbon neutrality.

By combining a carbon mitigation project with sustainable development efforts in Kenya, Coop Switzerland was able to offset its emissions from local goods imported by air. This was done via investments in a community-based project that distributes efficient cookstoves to local Maasai villages in Kenya. People from these Maasai villages currently represent the majority of the employees at Oserian Flower Farm, the Kenyan-based producer of Fair Trade certified roses, which exports flowers to Coop Switzerland. This type of clientspecific development of investing in emissions reduction projects along a company's supply chain is called insetting. The initiative, one of the 500+ projects developed by South Pole Group, successfully reduced emissions and harmful illnesses, and halved the demand for firewood.

Actions to change the course of our fossil fuel powered world have also ushered in an era where investments in renewable energies are ever more dynamic.

The past few years have seen organisations from all over the world embark on a 21st century clean power crusade to match their goals and sustainability pledges with investments in renewable energy. But while the global renewable energy market is growing in leaps and bounds, options to source renewable energy at a worthwhile price are not available across the orb:

"Companies increasingly demand electricity from renewable energy sources. Sourcing renewable energy at a lucrative price - and transparently tracing its source - are nonetheless not available everywhere," says Natalia Gorina, Sales Director Carbon & Renewables at South Pole Group, after the company cinched the title of Best Project Developer – Renewable Energy in the latest Environmental Finance Rankings. "We're working hard to provide premium products that both support new renewable energy projects, and help our clients better engage with stakeholders and increase the speed in which they integrate renewables into their energy mix. High-quality renewable energy certificates (RECs) such as International RECs (I-RECs), Guarantees of Origin and GoldPower are just some of these solutions."

By generating electricity from renewable energy sources, businesses are able to improve their sustainability rankings in the likes of CDP's prestigious Carbon Disclosure Leadership Index. RECs contribute towards a better CDP ranking by directly reducing the disclosable Scope 2 emissions. The financial incentive of RECs is further highlighted by real-life cases:

While cloud solutions represent a major growth opportunity for SAP, energy-intensive data centers remain one of the main challenges to tackle for the market leader in enterprise application software. Opting for GoldPower premium RECs, the company is leveraging renewables as a powerful differentiator for attracting and retaining customers, employees and investors. SAP's investments in RECs and renewable energy have to date spelled out the company's genuine commitment to sustainable development, not to mention a smaller carbon footprint.

As the global community turns its focus towards reaching the 2°C target called for in Paris, it must also transform the strategies it pursues for achieving it. "We believe it's all about initiating real, measurable action on the ground," says Renat Heuberger, CEO, South Pole Group. "Inspired by the UN SDGs, we've now managed to mobilise over USD 10 billion for clean energy investments in emerging markets and helped create nearly 70,000 jobs in developing countries."

Results-based action will be a means to drive investment in climate-smart projects via mechanisms such as the carbon markets, especially where impacts are clearly quantifiable and verifiable. A results-based approach will also ensure that projects are more structured, and supports a cost-effective implementation with solid governance frameworks - bending the curve towards attaining what is truly required to avoid a climate catastrophe.