We still talk about forestry and biodiversity as a growing area of green finance - in 2004 it was very nascent, what drove you to set up EFM back then?

We have been staring down the barrel of irreversible climate change and massive species extinction for 50 years, and the seeds were planted long before then. In 2004, the northern spotted owl, an umbrella species and the lightning rod for the "timber wars' in the Pacific Northwest, was already well on its way to extinction due to the elimination of its needed old-growth forest habitat.

Industry and conservation groups were still fighting about dividing the forest into cut and no-cut zones. We felt there was a different way forward, and there was solid ecological basis for it: Manage commercial forests for long-term health and productivity through longer rotations; establish reserves in riparian areas and unique habitats where their ecological value is highly significant; retain trees in harvest units to protect and nourish young trees and the associated mycorrhizal network; and restore degraded landscapes. We call these the "5Rs"of climate-smart forestry. We believe this approach is responsive to investors while significantly increasing (by 30-50%) stored carbon, the quality of habitat, the protection of cold, clean water, and the flow of benefits to local communities while continuing to produce timber, which carries a significantly lower carbon footprint than competing building materials such as cement and steel.

What role does private finance have to play in tackling a global issue as vast as forestry preservation?

Private finance is integral to protecting the health and integrity of forests globally. Forests have often been referenced as the "lungs of the planet" for their role in exchanging carbon dioxide for oxygen, but their role in carbon storage is increasingly recognised as essential to keeping global temperature increases to under 1.5°C. We know that an essential part of the solution is to keep remaining intact forests standing, as that is by far the most effective way to protect carbon stores and biodiversity.

Business can play a large role in purchasing high-quality forest offsets to mitigate impacts that still remain after rigorous emission reductions in primary operations. Finance can also help in financing the conversion of degraded land to conservation and carbon-oriented management strategies that produce needed commodities in a way that improves the soil, restores biodiversity, stores carbon, and serves human needs.

There is abundant evidence that these soil-enriching and habitat-enriching strategies produce better and more enduring financial returns.

There are increasing mechanisms and resources to "monetise" conservation and carbon values through carbon offsets, biodiversity offsets, and other mechanisms. These markets are expanding significantly with Reuters noting that global carbon markets reached $272 billion in 2021. Managing natural landscapes for their whole suite of products and ecosystem services makes financial sense, and creates greater ecological and social value, than a focus on an intensive monoculture, which is especially risky in light of turbulent global markets and climate change.

What is unique about western US, why is this part of the world so significant for natural forestry? 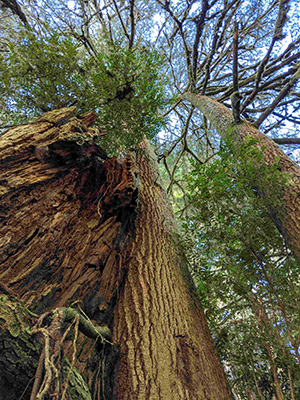 The western US is unique globally from a forestry and conservation perspective for a few reasons. First, commercial forestry employs native species, such as Douglas-fir, that are highly valued economically and are responsive to commercial production. Almost all other global commercial forest regions, like Australia and Brazil, primarily use non-native and single species trees in a plantation setting, which often require significant inputs of chemicals and water. Western forests, which rely on native species, just need soil, sun and rainfall. These native forests co-evolved with and support native flora and fauna, thus supporting local biodiversity, as well as capturing, purifying and providing cold, clean water. The forests of the western U.S. are exemplary in their capacity to store carbon by growing large trees that routinely live for over 300 years and sustain a vast network of underground carbon. In addition, timber can be sold to well-developed markets for wood products both domestically and to China, Japan, and Korea. This gives western forests incredible optionality – they provide high-value timber to multiple markets, carbon, biodiversity, and water, and beautiful places to recreate, hunt, and forage.

How do you marry successful land management for conservation, carbon sequestration and returning profits for investors?

This optionality – the ability to provide timber, carbon, water, habitat and recreation from the same forest – is a dream from an investment perspective. It allows us to emphasize one or multiple products and services depending on market conditions and our long-term plan for forest health. For example, if timber prices are down, we can turn to carbon markets or focus on developing conservation easements which are generally uncorrelated to the timber market. When markets are unfavourable, we can simply let the forest grow and increase in value and wait for conditions to improve while benefitting from low holding costs. We do all this within the context of a long-term plan for the forest, established at purchase, which moves it towards improved health, biodiversity, carbon storage, productivity, resilience, and benefit to communities.

What does it mean to have your business practices recognised as "best for the world" by B Lab?

We became a B-Corp in 2011 - the first forestry company to receive that recognition - and have consistently been recognised as "best for the world" due to the social and environmental benefits we generate.

We believe passionately in the need for the private sector to deploy capital, ingenuity and energy on behalf of the planet and to advance environmental and social benefits. We will not achieve our common climate, biodiversity and social goals unless business, governments, NGOs and communities are working fully and collaboratively to address the climate, biodiversity and resource allocation crisis that defines this moment in time. To do that, we need trust and transparency and cooperation, and we value the role of third-party, independent entities like B-Corp to provide that. 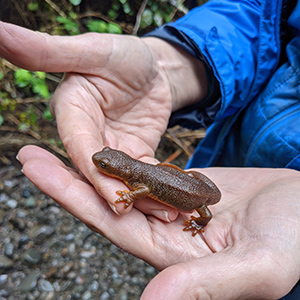 The other role B-Corp plays, along with the other certification and recognition systems we are part of such as the Forest Stewardship Council, ImpactAssets50, GIIN, and others, is to build a movement that gives businesses encouragement to use our resources on behalf of the planet. The common mantra in the business sector has been that its function is to maximise shareholder value. However, that is inconsistent with the original intent of why corporations were created and granted limited liability, which was to engage in big initiatives to benefit society. The climate and related crises we are now witnessing lays bare the travesty of maximizing short-term value to the detriment of long-term value creation and sustaining our life support systems. There is now a welcome shift, albeit too slow and halting, to embrace the true role of private markets, which is to enhance social good, and B-Corp and like-minded entities are playing a fundamental role in this shift.

The UN says biodiversity continues to deteriorate and decline across the globe, how do we reverse that? And what role do companies like EFM play in that reversal?

We are increasingly recognizing how fragile, interconnected and finite our planet is. We must manage every inch of Earth for the finite and scarce resource that it is- all of us have an obligation to protect and restore biodiversity. We know that we can organise cities, build houses, produce energy, and successfully cultivate food and fibre in a way that is at least supportive, if not restorative – there is no lack of knowledge or examples of how to do this. For forests specifically, this means protect, improve, and restore: we should protect all remaining intact forests, we should manage commercial forests to restore biodiversity and store carbon, alongside timber production, and we should replant and restore degraded landscapes. Companies have a huge role in providing the capital and ingenuity for this transition, and governments have an equally important role in creating the enabling conditions: removing perverse incentives for deforestation, providing incentives for the desired outcomes and making enabling investments in information, monitoring and infrastructure.