The low-carbon transition will not be delivered by clean energy and electric vehicle companies alone. The so-called 'hard-to-abate' sectors – such as cement, steel, aluminium chemicals and transport – on which the global economy relies will also need to decarbonise. Sustainable finance has a key role to play in enabling this decarbonisation, but investors need rigorous, credible and transparent roadmaps that set out how companies will align themselves with a net-zero economy.

"It used to be an unwritten rule that sustainable finance was only relevant for pure-plays like renewable energy or water management that have sizeable pools of green assets," says Ana Carolina Oliveira, ING's head of sustainable finance for the Americas. "But as the market has evolved, with sustainability-linked finance referenced to forward-looking targets, the possibility emerges for carbon-intensive industries participating.

"Indeed, it is clear we cannot meet our looming climate goals without the heavy involvement of these sectors," she adds.

Last December, the International Capital Markets Association (ICMA) released its Climate Transition Finance Handbook, which offers guidance to issuers in hard-to-abate sectors seeking to raise funds to support their climate transition. That guidance follows ICMA's principles for green, social and sustainability bonds and similar guidance from the LMA, LSTA and APLMA for loans, which helped build market consensus on the processes and disclosures issuers should follow.

ICMA's guidance is based on four elements: the issuer's climate transition strategy and governance; the environmental materiality of its business model; transparency; and a scientific basis to its strategy, including its targets and pathways.

"For transition sectors and sustainable finance issuers addressing climate-transition related projects and goals, this provides a credible benchmark for what companies need to do to prevent greenwashing," says Oliveira.

A number of companies in carbon-intensive sectors have produced sustainable finance frameworks that set out this information. For example, in September CEMEX unveiled its Sustainability Linked Financing Framework. It describes the "guiding principles" that will steer all of the Mexico-based global cement producer's subsequent sustainability-linked financing instruments.

Developed with support from ING, the framework presents CEMEX's sustainability strategy, governance and sustainability performance targets, including – critically – near-term (2025) as well as longer-term goals. It also provides details on the selection of its key performance indicators (KPI), the underpinning rationale, and the contribution they make towards meeting the UN Sustainable Development Goals. It sets out the benchmarks for its targets, and details of their external validation (in this case from the Carbon Trust and the Science Based Targets initiative). 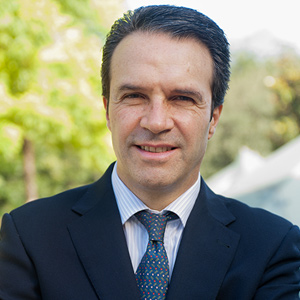 The publication of the ICMA handbook offered a template, backed with broad market consensus, on which the framework could be built, says Vicente Saiso, CEMEX's head of global sustainability. Meanwhile, the company's work over recent years on KPI development, data collection, third-party verification and integrated reporting allowed it to provide the granular detail that sustainability-oriented investors are demanding, he adds.

The framework was validated by Sustainalytics, which examined whether it is aligned with ICMA's Sustainability-Linked Bond and Loan principles, as well as with the recommendations of the Climate Transition Handbook. That process involved assessing the materiality of CEMEX's KPIs and the ambition of its sustainability performance targets.

The latter involves an assessment of the company's sustainability strategy in the context of holding global warming to well below 2°C, as well as of the tools that the company plans to use to achieve its targets. "The market wants that granular assessment of how strong the targets and KPIs are," says Zach Margolis, a project manager at Sustainalytics in Toronto. 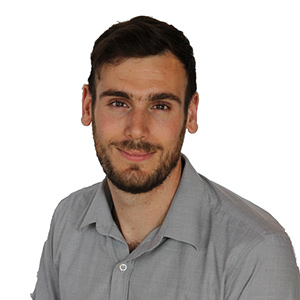 What stood out with CEMEX's framework, says Margolis, is the level of detail the company went into in terms of the means by which it aims to decarbonise its operations: "CEMEX has one KPI which talks to its overall carbon emissions, but it also digs deeper and looks at some more narrow areas, things like alternative fuels and clean power production."

This reflects an evolution in investors' expectations regarding corporate disclosures on transition financing, says Viola Lutz, head of climate solutions at data company ISS ESG. Whereas the ICMA handbook requires companies to have a transition plan, the new Climate Action 100+ benchmark process requires both qualitative statements and quantitative measures of reductions, over a specific timeframe, ideally linked to capex plans. "This shows how investor interest is becoming more specific," she says.

Looking at the big picture, says Oliveira, the development of such frameworks closely links a company's climate transition strategy to its financing. As CEMEX notes, its "intention is to further align corporate sustainability commitments to our financing to meet long-term goals".

Saiso says the framework offers the company options in how it looks to tap sustainable finance over the next few years. "It was a joint effort in CEMEX between sustainability and finance," he says. "The finance department is always very proactive in identifying opportunities ... The framework provides a flexible platform to allow us to then decide on the specific type of financing that is appropriate."

CEMEX's framework also sets out how it would link its SPTs to financing it raises, noting that it "commit[s] to offer financial compensation" to investors should it miss its goals. But, for most sustainability-orientated investors, the crucial factor dictating whether or not they consider investing in transition finance instruments lies in whether they are able to drive change. "From the investor perspective, they want to see the impact that is being generated," says Oliveira. 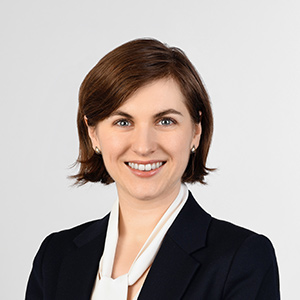 This is a sentiment shared by Andy Kochar, head of global credit at AGF Investments, an investment management firm which invests in transition finance instruments. "We want to be making investments that are leading to an actual change in how a company is deploying its capital," he says. He also wants to see stretch targets: "The KPIs should require a heavy lift on the part of the company."

For transition finance products from hard-to-abate sectors, Johannes Böhm, ESG analyst at Union Investment in Frankfurt, says his firm looks at three dimensions: strategy and targets; evidence of transition-related investment activity; and governance mechanisms to ensure that the transition takes place. Ultimately, however, decisions to invest come down to talking with issuers, he says.

"ESG data is backward looking. We want to look ahead: we want to get a sense of the willingness of issuers to transform over the long term," he says.

Certainly, there is growing appetite among investors to support companies in this transition, says Oliveira. "Investors are increasingly prepared to engage with these carbon-intensive sectors. They want to understand what it will take to put these companies on a pathway to decarbonisation."