The IFC's EDGE programme is at the forefront of developing green building certification and adapting to local construction needs from Colombia to Singapore and beyond. 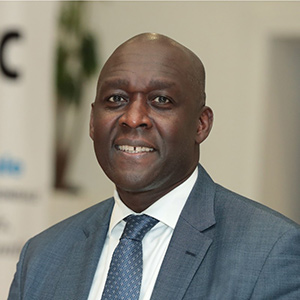 That transformation has seen the Latin American country certify 6.1 million square metres of certified green space, having built almost 73,000 green homes, two thirds of which are affordable housing. The IFC estimates that over 20% of new buildings in the year to June 2021 in Colombia were EDGE certified, making it one of the highest rates of green building certification in an emerging country.

"Our country has the first green building code in Latin America and leads in EDGE certification of sustainable projects in the region for the number of projects and the number of floor space square metres certified," said Iván Duque Márquez, President of Colombia.

The IFC was key to helping the Colombian government create the first green building code in Latin America. Later, the government encouraged green building through tax incentives. President Duque emphasises the role of different institutions coming together to achieve change. Indeed, following the IFC COP26 event, attendees including financiers, policymakers, and developers rated government procurement standards and tax breaks as the most effective policy tools for a zero carbon transition. 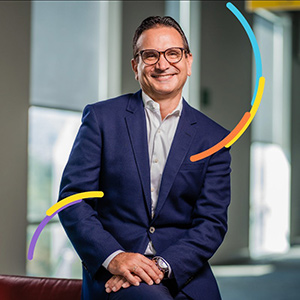 "Achieving the transition to a low-carbon economy is impossible if there's no teamwork between the national government, developers, civil society and the financial sector," explained President Duque on the role of Colombia's Ministries of Environment, Finance, and Housing, City and Territory, the Chamber of Construction (CAMACOL), Colombian bank Bancolombia and the country's Green Building Council all coming together with the EDGE certification to develop the green building industry in the country.

As a key part of that team in the financial sector, Bancolombia issued a green bond in late 2016, which the IFC invested in, as reported by Environmental Finance at the time. The proceeds then launched an aggressive green mortgages programme in 2017.

"With the support of the IFC we launched the first issuance. It was a big challenge as it was the first sustainable bond from a Colombian bank, but we wanted to reaffirm our responsibility of promoting well-being for all," said Juan Carlos Mora Uribe, CEO of Bancolombia.

He affirms that not only has the bond been a financial and societal success for the bank, its clients and the environment, in having greener buildings, but that it has achieved its more important role in catalysing the market.

"We have seen others start to follow. We welcome our banking colleagues, not only in Colombia but in the world, to implement this strategy as a model of how to move towards the future with better performing buildings through green bonds," added Mora Uribe.

Elsewhere on the continent, IFC has also helped several Peruvian municipalities incentivise green building by passing ordinances that offer incentives to developers like height bonuses if a residential property is certified green. 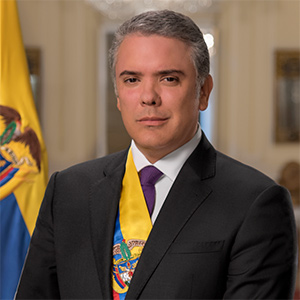 Urgent and ambitious actions are required to fight climate change. Our green building code is essential for driving new sustainable and green buildings transformations. Last year we updated our nationally determined contributions (NDC) to reduce our global greenhouse gas emissions by 51% by 2030 and we're committed to achieve carbon neutrality by 2050. To this end our government set the guidelines, criteria and goals for developing a more sustainable construction sector, the National Sustainable Construction Policy.

The IFC's EDGE building certification is fully aligned with our policies.

Our country has the first green building code in Latin America and leads in EDGE certified sustainable projects and floor space in the region.

EDGE was also the first certification to develop sustainable housing projects in Colombia led by the Colombian Chamber of Construction. EDGE certification is successful in Colombia because it addresses three essential components of a sustainability strategy:

Latin America is far from the only part of the world to embrace green and sustainable building policy, with EDGE playing a prominent role. In the US, the government sponsored mortgage-backed securities provider Fannie Mae announced that EDGE will be the newest green building certification that it accepts for multifamily properties. Fannie Mae offers preferential pricing on loans secured by a multifamily property with a recognised green building certification.

Although a new adopter of EDGE, Fannie Mae isn't a newcomer to green building finance, having launched its Multifamily Green Financing Business back in 2010.

This was followed with its first Multifamily Green Bond, issued in 2012.

"Fannie was in front of the green bond market when we started issuing them," explained Dan Brown, vice President of Fannie Mae about why it took two years to issue its first green bond after launching its Green Bond Business. "It took a while to reach critical mass of interest," he added. 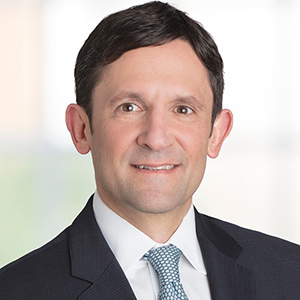 The size of Fannie Mae in the real estate sector makes it a real mover in the market, particularly when it comes to green finance. It finances approximately 20% of the multi-family housing market and 30% of the single-family housing market in the US. In addition, Fannie Mae has issued $88 billion in green mortgage-backed securities since its first in 2012. The annual issuance of Fannie Mae's green bond issues are estimated to save 9.5 billion kilo British Thermal Units (kBtu) of energy, 8.5 billion gallons of water and 634,000 tonnes of greenhouse gas emissions being emitted.

Not only do these figures speak for themselves but the sheer size of Fannie Mae means it is able to have a wider impact on green building certification.

"We structured the programme so almost any building can get the benefits of green financing, whether it's a building that's already green or making efficiency improvements at an existing property to turn a property green - that's a large part of our success."

Fannie Mae is not the only real estate company establishing themselves as a leader in green buildings. Ivanhoe Cambridge has set the target of achieving carbon neutrality in its operations by 2040, as it looks to advance meaningful environmental, social and governance (ESG) impacts in the real estate sector, which is responsible for approximately 30% of the world's greenhouse gas emissions as well as 40% of the total global energy use.

The firm has an interim target of reducing operational emissions by 35% by 2025, compared with its 2017 baseline.

"We don't have every answer to get us to 2040 yet, but we're finding those answers," said Rob Simpson, director of sustainability at Ivanhoe Cambridge, acknowledging again the journey that the industry is on in terms of green buildings and that the path to carbon neutrality is not yet fully laid down, though the effort must be made.

"We have a significant programme related to green buildings certification and the requirements to achieve certain levels," he added about the importance of policy to achieve these aims. 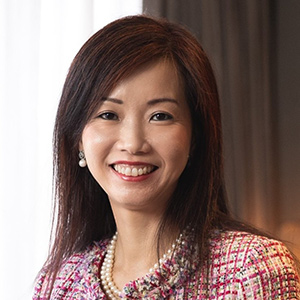 In Singapore, Beh Siew Kim, CEO of real estate investor Ascott Residence Trust (ART), argued that the government, private investors, and regulatory authorities are working together to "transform Singapore into a global city of sustainability and working towards net zero emissions as much as we can."

"We are governed by the Stock Exchange and the Monetary Authority of Singapore, and they have both stepped up in terms of their regulatory efforts in sustainability of listed companies and from next year asset managers must assess the recent financial implications of climate change and make relevant disclosure in our portfolio," said Beh.

As a business ART is certainly growing exponentially in the green building space, having increased its green certified buildings by close to four times in the last year. It is also part of the CapitaLand Group, the largest developer in Asia, which has set a group target to secure $6 billion in green finance by 2030.

Bancolombia's Mora Uribe emphasized the importance of recognising regional differences when implementing standards for green building policy. "There are different ways to approaching the certification of projects and we need to be aware, particularly in developing countries, which we need to evolve to introduce new practices in a manner that makes economic sense. It's important to standardise, we need participation of private entities to introduce best practices regarding construction," he said.

From Colombia, to the US, Singapore and everywhere in between, it is clear that a partnership between all relevant bodies is needed to achieve the greening of the real estate sector. As the journey continues to 2030, 2040, and beyond, standardised policies that accommodate local differences will drive the biggest successes.

Excellence in Design for Greater Efficiencies (EDGE) "is a green building standard that can be tailored to local climates and customs," explained Makhtar Diop, managing director of the IFC. "EDGE was designed by the IFC for banks. It focuses on quantified energy and water savings, embodied energy in materials, and greenhouse gas emission reductions. From large commercial complexes to small social housing units, EDGE is democratising certification by showing that a small upfront investment can pay off in a big way. EDGE now certifies well over $1 billion every month in green floor space. It helps capital flow to green projects and is changing markets around the world."

EDGE's aim was to prove the business case for building green and unlock financial investment by providing market leaders the opportunity to gain a competitive advantage by differentiating their products and adding value to the lives of their customers.

EDGE streamlines green building certification by having an achievable set of standards and focusing on energy, water consumption and embodied energy in materials. It is simple and affordable. It is being adopted for entire building portfolios to demonstrate the resource efficiency of buildings for those just beginning their efforts as much as for those who are already building to net zero carbon standards.

Launched commercially in 2015, EDGE is now available everywhere by pulling together the biggest network of certifiers in the world with the collective ambition to mainstream green buildings and help fight climate change.