The importance of the Amazon rainforest in tackling climate change and biodiversity loss is widely acknowledged. Forests absorb carbon dioxide from the atmosphere, providing a valuable carbon store. They produce oxygen during photosynthesis, which is why the Amazon rainforest is often referred to as 'the lungs of the planet'.1 It is one of the most biodiverse ecosystems on Earth, providing abundant ecosystem services that sustain our economies and societies.

Biodiversity is intrinsically linked to the biological, chemical, and physical processes that underpin all life on Earth. The Amazon rainforest represents nearly a third of all the tropical rainforest remaining on Earth. It is the habitat for approximately 10% of known species on Earth, though the figure is likely to be higher as many species are still being discovered.2 It also plays an important role in regulating local and global precipitation patterns, with 20 billion tonnes of water released from trees into the air every day.3

Deforestation and biodiversity loss in the Amazon rainforest 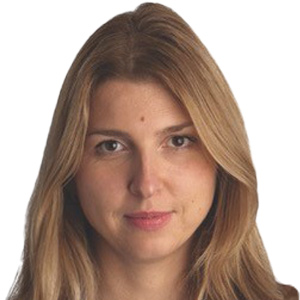 Clearing and burning the Amazon rainforest destroys vital habitats and releases carbon dioxide back into the atmosphere. Despite the immense value of the Amazon rainforest, deforestation has continued and increased in recent years under the Bolsonaro government in Brazil, in part due to the weakening of policies and limited law enforcement.4 Alarmingly, research shows that large ecosystems, such as the Amazon rainforest, may collapse quickly once critical tipping points are reached.5

The challenge of measuring biodiversity is frequently raised. The Natural History Museum (NHM) in London has developed the Biodiversity Intactness Index (BII) using the most comprehensive evidence base of its kind, alongside robust, peer-reviewed methodology.6

The BII contains a sample of 58,000 species across birds, mammals, plants, fungi and insects, which have been mapped in around 46,000 locations around the world.

BII is an indicator of the 'health' of nature, with a value between 0% and 100%. A BII value of 100% is what we would expect to see if an area has not been impacted by humans. Though 100% is not always a suitable or realistic target, it helps to put existing BII values into context and inform decisions.

The NHM can project how the BII is likely to change in response to future management decisions, which can help companies evaluate the effectiveness of different interventions and strategies.

Researchers have suggested that if the BII of an area falls to below 90%, it is below what is considered a safe space for humanity within the planetary boundaries concept.7 Crossing this boundary increases the risk that the area and ecosystem can no longer be relied upon to provide key ecosystem services such as clean air and water, food, and fuel.

In these cases, substantial human intervention may be needed to restore the resilience of the ecosystem, once again. 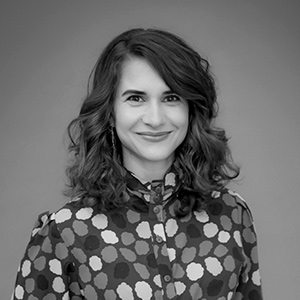 Commodity-driven deforestation poses the following significant risks to companies and their investors.

The role of investors

Investors have a critical role to play in halting and reversing deforestation, especially through engagement with companies and capital allocation. Federated Hermes Limited signed the Commitment on Eliminating Agricultural Commodity-Driven Deforestation10 ahead of COP26 in Glasgow.

The commitment focuses on increasing engagement to reduce exposure to deforestation in portfolios. A collaborative initiative called Finance Sector Deforestation Action (FSDA) has been launched to support investors in delivering on this commitment.

We expect companies that source or produce soy, beef and leather, which are commonly linked to deforestation in the Amazon rainforest, to commit to deforestation by 2025, with 2030 as the latest possible cut-off date.11

The commitment should cover all commodities, regions, and suppliers, including indirect suppliers. We also encourage a commitment to full traceability of commodities to source, across all tiers of the supply chain, in order to demonstrate that the company's value chain is deforestation and conversion-free.

The value of investments and income from them may go down as well as up, and you may not get back the original amount invested. For professional investors only.

This is a marketing communication. It does not constitute a solicitation or offer to any person to buy or sell any related securities, financial instruments or financial products. No action should be taken or omitted to be taken based on this document. Tax treatment depends on personal circumstances and may change. This document is not advice on legal, taxation or investment matters so investors must rely on their own examination of such matters or seek advice. Before making any investment (new or continuous), please consult a professional and/or investment adviser as to its suitability. Any opinions expressed may change. All figures, unless otherwise indicated, are sourced from Federated Hermes