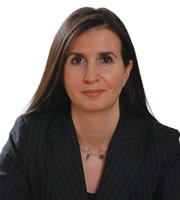 Alliance Trust has demoted its CEO as part of "some of the biggest changes" in its 127-year history, but has kept its faith with its recently appointed sustainability-focused equities team.

Following a bitter and high-profile dispute with activist investor Elliott Advisors about the trust's performance, Alliance Trust has instituted a boardroom reshuffle, changes to its fees, and has committed to outperform the MSCI All Countries World Index whereas previously it had no official benchmark.

The trust last year promoted Peter Michaelis, who had previously been in charge of the trust's nine Sustainable Future funds. He was appointed head of equities, allowing him to apply his sustainability-focused methodology across the broader £2.8 billion ($4.3 billion) investment trust.

His role has been maintained under a restructure that will see the trust's CEO Katherine Garrett-Cox step down, taking up a newly-created position as CEO of the trust's fund management arm, Alliance Trust Investments.

The group will no longer have a single CEO, but instead be controlled by a board of six person non-executive board to insure independence.

"The board of Alliance Trust PLC will be reorganised to become fully independent, comprising solely non-executive directors," said Karin Forseke, chair of the trust's board, in a letter to shareholders. "This revised governance structure provides the board with greater clarity and flexibility," she added.

Alan Trotter, Alliance Trust's chief financial officer, will resign his post. Trotter will "seek to continue his career in a publicly-listed company elsewhere", the firm said.

Alliance Trust put its faith in environmental, social and governance (ESG) metrics when it promoted Peter Michaelis to take charge of its equities investments, in September 2014

Michaelis had previously been in charge of the trust's nine Sustainable Future Funds, but was given free rein to apply his sustainability-focused methodology across the broader £2.8 billion ($4.3 billion) investment trust.

In April this year, following a short and publicly acrimonious disagreement, the board capitulated to Elliott Advisors – a New York-based activist investment firm – and appointed two of the three candidates it requested to the board of directors.

Elliott Advisors complained that Alliance Trust's funds had performed badly against its peers. Alliance Trust conducted a review of its management structure, considering whether to get rid of its recently-appointed investment team in favour of an external manager. It decided to retain the current in-house team for now, but will review this if performance is considered weak. There is a termination period of six months.

As part of this new performance-monitoring process, Alliance has said it will adopt a benchmark for the first time – the MSCI All Countries World Index – which it has pledged to outperform by 1% annually. Despite a blip in performance in the first half, the trust said its equity portfolio "has outperformed the MSCI ACWI by 2.3% (gross) since the team took over management of this portfolio in September 2014, with stock selection being a major contributor".

A committee has been established to assess the company's performance and, if it fails to meet the 1% target, a review will be conducted and the firm may be forced to take on an external manager instead of the current in-house team.

Forseke denied that the changes were the result of pressure from Elliott Advisors.

"The decision has been made by the whole board," she said. "We have listened and engaged with shareholders extensively. Elliott's views are one component, but not the only one, and Katherine has been part of the decision-making process."

As part of the changes, the company also announced plans to reduce operating costs by around £6 million ($9.09 million) per year. It will also perform share buybacks. Shares in the company traded up 2.29% to 468.70 on news of the reshuffle.

Shares have risen some 2% since the announcement.