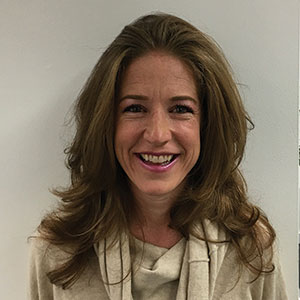 Green bond standards are beginning to converge, in a development that has the potential to help resolve the question of the market's 'additionality', according to the Climate Bonds Initiative's (CBI) Justine Leigh-Bell.

CBI's deputy CEO said: "The end game in ten years is that we will have a [green bond] market that is well over a trillion US dollars outstanding and we are beginning to see the additionality that everybody is looking for."

Until this point, however, Leigh-Bell sees a long pathway ahead.

"We can't have additionality until we understand what we are actually financing," she said, adding that in this period "credibility, consistency and comparability" across different markets on labelled bond instruments needs to be built.

A green bond issued in South East Asia, for example, needs to be comparable with one issued in the US.

An understanding of what is green, speaking the "same language" and harmonising green bond standards are the foundations the market needs to lay to make this possible, Leigh-Bell said.

However, in her view, green bond standards have already begun to converge and harmonise. The CBI is actively supporting this process. It inputs into the currently running EU green bond standard development process, and exchanges information and knowledge as part of the technical working groups.

"Anything in the EU community that is aligned with that [the EU green bond standard] means that we can certify; anything outside of the EU means we will be relying on the CBI standard to continue doing those certifications," Leigh-Bell explained.

In the harmonisation process, two major economic regions – China and the EU – could converge around a similar green bond standard.

China has declared that it will use the EU green bond standard to attract European capital for its green finance agenda domestically, and Environmental Finance has reported that it will drop controversial 'clean coal' from its approved list of activities, which will largely bring it in line with best practice in the West.

Meanwhile, the US is already largely aligning itself with the CBI standard, Leigh-Bell said: "That's the good news. They [the US] may not be making a [outspoken] declaration that they are aligned with EU standards, but they do align themselves to the Climate Bonds standards, and that will in itself reflect what we are seeing in Europe," she continues.

The alignment of these three major economic areas would mean that a global standard would effectively come into force: "I think this is very critical, because people need to realise that we are no longer in [the time of] 'There is no standard' or 'There is no global standard'. We are well passed that point. Even in today's market, we have reliable references that help us get started."

While there are considerable developments the green bond market has to make in the years ahead in order to gain trust and become robust, Leigh-Bell sees many positive signs.

"The harmonisation effort has begun that we are beginning to see a global shift on reaching a common understanding on what we mean as a market entry point [for green bonds], an evolving piece of work that will happen in the years ahead," she said.

Justine Leigh-Bell will be opening the Climate Bonds Initiative annual conference in London next Wednesday.

Rapid change led by motivation shifts. Find out how the region's green sentiment is evolving. Get insights on Asia.

Europe demonstrates commitments to net zero and climate reduction policies - find out just how much the paradigm is shifting.

Boost or bust: Are price shocks stalling the energy transition?