Nick Robins is to step down as head of HSBC's Climate Change Centre to help lead a United Nations Environment Programme (UNEP) inquiry into how to green the world's economy.

The analyst will be a co-director of the Inquiry into the Design of a Sustainable Financial System, alongside Simon Zadek, senior fellow of the Global Green Growth Institute and the International Institute for Sustainable Development. 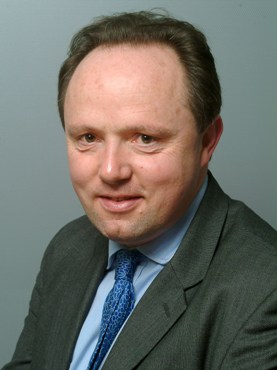 UNEP announced at the World Economic Forum in Davos that it was to launch the initiative, for 18 months to mid-2015, looking into policy options for guiding the global financial system to invest in the transition to a green economy.

"As leading financial institutions increasingly appreciate the imperative of climate change, resource scarcity and other environmental challenges, the current financial 'rules of the game' may not be well suited to accelerate this transition," said UNEP in a statement.

The Inquiry's remit is far-reaching in scope: it will "map current best practice, draw together principles and frameworks, catalyse new thinking, and ultimately lay out a series of options for advancing a sustainable financial system".

Robins told Environmental Finance that in the wake of the financial crisis policymakers had been focused on stability, but they now needed to ask questions about sustainability.

"How does [the financial system] deal with environmental risks such as water stress, or carbon, or deforestation?" he asked. "Are there any barriers preventing the allocation of capital or concerns about the consequences of Basel or Solvency [regulations]? How to use policy in a positive sense to accelerate the transition to a low-carbon economy?"

HSBC is understood to be committed to climate change research, with analysts in London, Hong Kong and Bangalore, and is set to replace Robins.

Since joining HSBC in 2007 to set up the London-based department, Robins and his team have mainly been involved with mapping green bonds, the threat of stranded assets, and understanding climate policy.

HSBC was named best researcher for climate change in a survey carried out by Environmental Finance in 2010.

The Inquiry has also appointed an advisory council which will hold its first meeting in April 2014. The council comprises: