A prepublication version of the final rule has been available since 3 August 3. However, the rule's official publication starts the clock on compliance with the CPP and also opens the rule to legal challenges.

The highly controversial CPP is among the most important of the Obama administration's many regulatory measures to combat climate change. The standards dictated by the plan demand modest improvements in the greenhouse gas (GHG) emissions performance of coal-fired electric generating units (EGUs). However, the real focus of the CPP is increased deployment of natural gas-fired and renewable generating capacity in the United States. As such, it includes several elements of interest to developers of renewable power projects. 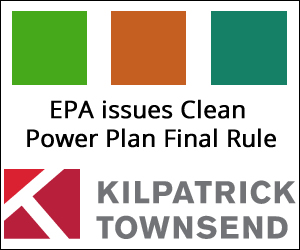