A raft of issues from private banks helped the green bond market gather pace in Q2 after a slow start to the year.

According to Environmental Finance's latest figures, the market saw almost $11.8 billion of issuance in April, May and June – up from $8.7 billion in Q1.

The number of transactions was markedly up on last quarter, at 62 compared with 38. This reflects the greater number of small green bonds that have been issued (May saw the highest number of deals so far in 2015, but only accounted for 10% of the year's issuance in size). This is primarily because US renewable energy firm SolarCity has been very active with small bonds – although the growth of the municipal sector and the retail SSA space has also influenced the trend. 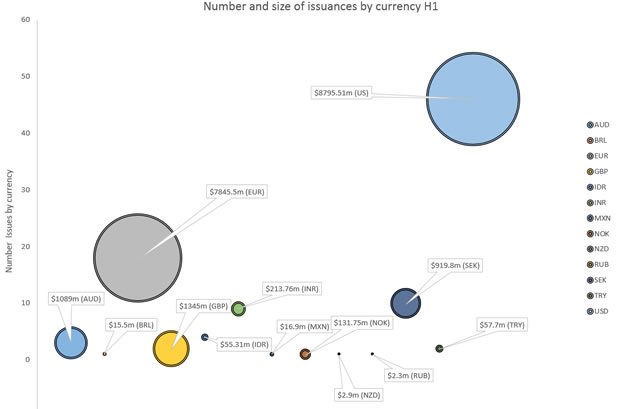 The growth has been driven in part by a series of larger deals by corporate banks. ABN Amro, Bank of America Merrill Lynch, ANZ Bank, Morgan Stanley and Credit Agricole all issued green bonds, boosting the market by a total of more than $2 billion.

Although many in the market are concerned about the lack of corporate issuance – especially in the US, where transactions have come mainly from municipalities – the data shows there have been 15 corporate issuers in Q2, compared with just seven SSAs, and eight municipalities and state-owned services. 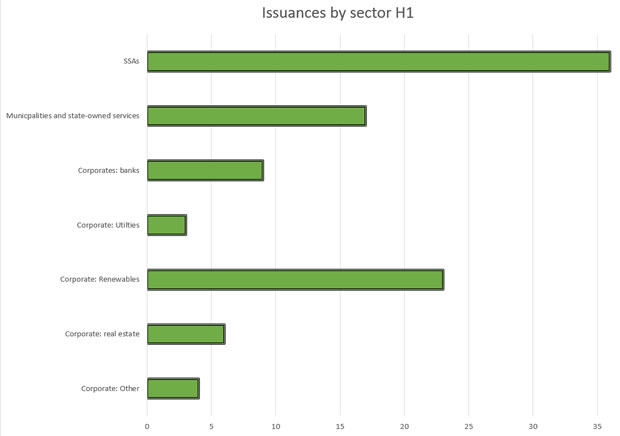 Six of the 15 corporate issuers are based in the US. Last week, Shawn Cepeda, managing director of debt capital markets for BAML told Environmental Finance that US corporates remained sceptical about "whether the additional work [involved in a green bond] is in line with the potential benefits".

Banks, real estate, renewable energy companies and utilities account for most of the issuance in the corporate sector. SSAs have seen a major drop off in issuance in the past three months – down from $5.2 billion in Q1 to $2.1 billion in Q2 – which some attribute to their funding cycles, rather than a reduction in appetite from the sector. 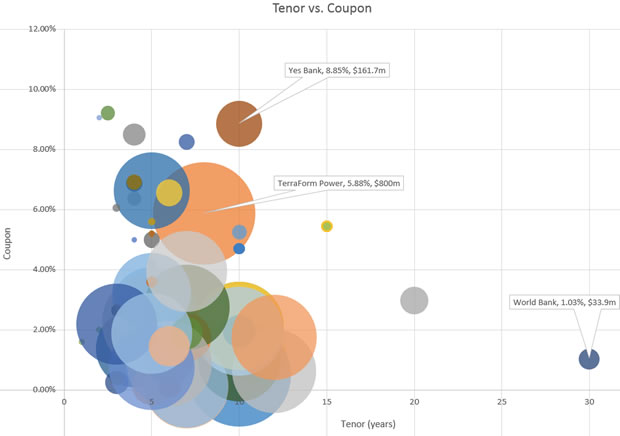 Many investors and underwriters think the second half of the year will see further growth. At Environmental Finance's annual green bonds conference, held last week, Martin Mills, head of EMEA product solutions at BAML said he expected the H2 to be busier than the H1 – this statement was echoed by Mirova's Chris Wigley and JP Morgan's Marilyn Ceci. 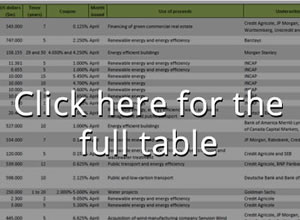