Following the region's inaugural green bond this year, what is the potential for further green-labelled bonds or sukuk from the region? This round table, sponsored by Latham & Watkins, London Stock Exchange Group, and S&P Global and hosted by the Gulf Bond & Sukuk Association, canvassed the opinion of market players.

Peter Cripps: There is a huge financing challenge; we need to find trillions. Could green bonds or sukuk be used for project finance or would we still need to use syndicated loans and then refinance once the project is operational?

Rohit Sinha: Once the project is financed there is definitely appetite to then do some kind of equity financing or other kind of structured financing or maybe, once a project is in operation, look at a project bond as well. There are options, but as a first source of financing it will most likely be syndicated financing.

Green bonds and bonds in general do not work for construction projects, that will remain an issue, so as a first point of call it may not work.

Sam Mirza: There is a collection of green sukuk or bonds on the London Stock Exchange – what do they look like? 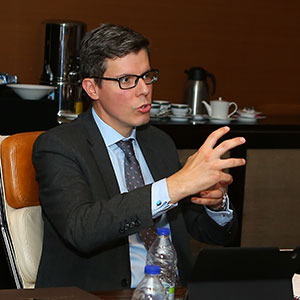 At London Stock Exchange, we have a green bond segment, giving greater visibility to issuers of green bonds. It sits within our wider trading platform, but it is a separate segment for companies issuing green bonds. Investors can efficiently access a list of all green bonds in this way, giving issuers higher visibility. The requirement to list on the green segment is considered at the time of issuance. The issuer has to provide us with an independent external review confirming green use of the proceeds.

For example, if the issuer has real estate available, you use the real estate for an underlying ijarah and you use the proceeds for green purposes and, therefore, notwithstanding that the land itself is not a green asset, you still get the sukuk rating. Take it one step further and it becomes a bit more interesting, because you could have someone using coal‑fired power stations as the asset for the sukuk, but it is using the proceeds for green purposes. Is that a green sukuk, because the proceeds are green, but the underlying assets that you use for the structuring may not be?

Mohammad Awad Al-Duwailah: What is the legal implication if it is a green bond rather than a normal bond? And what about the taxation, because especially in the GCC we have new VAT regulations coming next year?

"We have the stars aligning for this market in many ways" – Sam Mirza, Standard Chartered

Lee Irvine: That is very interesting and is something sukuk generally has had a big problem with, less so in the GCC, but particularly in countries that do have taxation issues, such as stamp duty, etc. The way that those nations have typically dealt with that is to amend the law.

In the UK there was a law that essentially amends the taxation structure to put sukuk on an equal footing to how a bond would be treated. Similarly, Hong Kong, Japan and France did the same. Thus, they deal with it by having specific legislation that works to recognise sukuk as more of a bond rather than looking at the underlying asset transfers and taxing them as a transfer of an asset.

You are right, it will be interesting to see if VAT will impact on the sukuk structure and that is something all the law firms in the GCC are looking at currently.

Mohammad Awad Al-Duwailah: I am talking about green sukuk, will they be taxed like a normal financing, or will the government give an exemption for green ones? 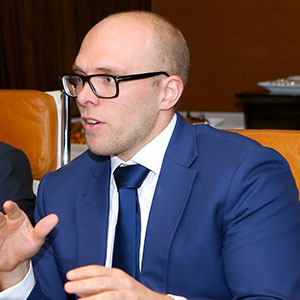 Mohammad Awad Al-Duwailah: What about documentation? Are there differences in the prospectuses between green bonds and normal bonds?

Darko Hajdukovic: Green aspects of the bond sit outside listing rules, hence documentation is similar, as in the case of an ordinary bond. For admission on our green segment, as I explained, we also need an independent external review.  We do have a very efficient process of listing bonds on all of our markets, including on our recently launched International Securities Market.

Karim Nassif: For our Green Evaluation Tool you do not need anything other than analysis of the prospectus, as you would for a normal bond.

The process can be very quick. Of course, the more detail that we can do in the analysis the better it will be for the investor, because if we can get more information we can delve into the transparency and governance of the transaction and then the report can have more detail in it for the investor. However, we can still come up with a score on the E scale, based on the information that you would find in a conventional bond prospectus.

Peter Cripps: Some markets have come up with regional green bond frameworks. For example, we see China has come up with its own definition of green bonds, India has been working on the same, Brazil has also put out guidelines. Would the Middle East as a region benefit from such documentation?

Michael Grifferty: ASEAN is starting down that road as well. It is important that it is not something that is intended to replace or supplant the ICMA Green Bond Principles. But again, from a PR point of view, it is a means to draw attention to the market.

In addition, to bring up some of the particular sukuk‑related questions, which I think we are going to find more of as structures appear, my sense is that it would be helpful.

Peter Cripps: Is it the sense of people at this table that as this market develops it will be more of a green sukuk market than a green bond market?

"There is a ring fenced nature to the use of proceeds [in a sukuk] and that can be a very healthy and beneficial thing in the evaluation of the greenness of the transaction" – Karim Nassif, S&P Global

Lee Irvine: Yes, I think so. When you look regionally, sukuk is just such an important financing tool for the market, given the local investor base, that when green instruments start to come to the region I would be very surprised if they were not in the form of a green sukuk.

Hani Ibrahim: It lends itself to be a sukuk, because if you look at the corporate space, one of the challenges of issuing corporate sukuk is to find the assets. If you are funding a green project or a green asset, you can do it as a green bond, but you may as well do it as a green sukuk because you are adding extra liquidity.

Sam Mirza: My guess is that it will probably depend on the tenor. A green label is going to fit whatever the transaction. If this is an infrastructure‑led pathway of the likes of ACWA Power, for example, the transaction is going to be long-dated and potentially amortising which is likely to put the deal, to some degree, outside the sukuk sphere. But for banks issuing in the five or seven‑year space, then a sukuk is a no‑brainer.

Rohit Sinha: I agree with Sam that we would want to do a green sukuk, but if it limits our investor base and if it limits the tenors or profiles that we are looking for, we might not do it. Looking at only my industry, I would think that people in the industry would want a longer-dated amortising structure, which does not lend itself to the sukuk investor base, essentially.

Peter Cripps: Are investors in the West comfortable buying sukuk or are they not really familiar with that market so much? 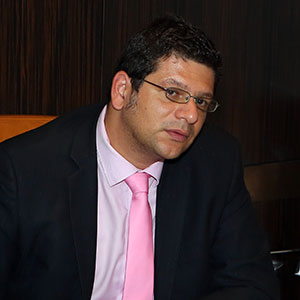 There have been questions, though, about the secondary market for sukuk. If there is a green investor who has bought into it because it has the green element, they may be less interested in the sukuk but they are interested in the green, so that can create a sub‑market in those end destination markets where they are used to trading.

I want to come back to one point about the use of proceeds that Sam made earlier. It does lend itself naturally to the project and sukuk market, because you are identifying an asset in a sukuk structure and here is your green asset and this is where the proceeds are going and there is not going to be the interference by the parent.

There is a ring‑fenced nature to the use of proceeds and that can be a very healthy and beneficial thing in the evaluation of the greenness of the transaction.

Sam Mirza: We have arranged green bonds outside of the region, but here it has been a struggle, because not every issuer will find it the obvious choice. The question of 'why?' can be assessed both across time taken to do so, market precedent that already may exist, and pricing or economic advantage of doing so.

These kinds of conversations really need to have the likes of a strong and dedicated Sovereign to lead the effort and, from what I understand, Dubai has been a champion of the green initiative and is a good candidate for helping to lead this charge (and they are already doing a lot to help this space develop).

We have the stars aligning for this market in many ways. What we need, to bring the whole package together, is to have a first-step by a recognised issuer in this market. It does not have to be a very large deal and if it comes from a Sovereign, even better.

Alternatively, the key government-related entities can play this role and target the capital markets for this kind of instrument. Of course, once successfully issued, the debt capital market houses across the region would naturally spread the word about the success of the deal, thereby naturally fuelling the growth of the market

Lee Irvine: You think the state needs to be fundamentally driving this?

Sam Mirza: I think, ideally, yes. That is the most expedient way forward, or via a government-related entity.

"When green instruments start to come to the region I would be very surprised if they were not in the form of a green sukuk" – Lee Irvine, Latham & Watkins

Peter Cripps: The IFC has mandated Amundi for what is going to be the world's biggest green bond fund. Its remit will include trying to show banks in emerging markets that there is demand for green bonds issued by banks. Maybe there are more NBADs in this region that could be convinced by such a vehicle?

Sam Mirza: That is a good partner, because they have Amundi Malaysia too, so they may have a significant Islamic angle here as well.

Michael Grifferty: No, it is not there, but maybe there are some things we can do in terms of speaking to people like the Saudi Public Investment Fund and others. There are very large, domestically driven, pockets of funds domestically investing – the State General Reserve Fund in Oman, for example. We might have those discussions and a small commitment from them could be important.

Peter Cripps: Maybe next year there will be more activity and we can have a full‑blown conference rather than a round table!

Read part one of this round table here.