The good news for green bonds in Latin America and the Caribbean (LAC) is that issuance volumes are expanding at a much faster rate than in the international market.

This growth has come from a low base, with new issuance rising to $6.13 billion in 2019, compared with $2 billion in 2018, according to figures from the Climate Bonds Initiative (CBI).

This three-fold increase lifted cumulative issuance to just over $15 billion from 68 individual issues by the end of last year.

There have also been encouraging signals over the last year that issuance from across the region is becoming more diversified. Unsurprisingly, the lion's share of primary market volume has been contributed by Brazil, which at the end of 2019 accounted for 38% of total issuance, with Chile generating 21% and Mexico almost 13%.

Elsewhere in the region, however, the first Uruguayan green bond was issued in 2018, while Barbados and Ecuador both saw certified green issuance for the first time in 2019.

According to the CBI's data, energy is the most funded sector in the Latin American green bond market, with about half of total proceeds to date targeting renewable projects, chiefly in the wind and solar sectors. 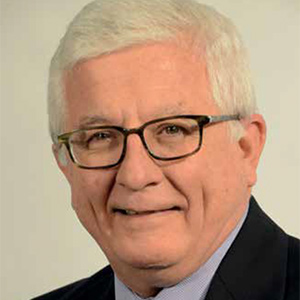 The IDB has been a strong believer in the development of green bond markets in LAC and over the last five years has supported over 30 of these issuances from banks, corporates and projects.

It has also promoted financial innovation and risk-sharing mechanisms (guarantees and investment anchoring), and enabled regulation and financial market dialogues in countries such as Brazil, Chile and Mexico to be scaled up. In 2019, among other initiatives, IDB supported a notable landmark for LAC's sustainable capital market when Chile printed the first sovereign bonds from the region.

The government's successful transactions in dollars and euros, analysts believe, may serve as useful benchmarks for other Chilean borrowers, further catalysing accelerated growth and diversity in green bond issuance in LAC.

"The overall diagnostic is that although the LAC region made a relatively late start, the recent growth in the region's green bond market suggests that the outlook is very positive," says Juan Antonio Ketterer, Chief of Connectivity, Markets and Finance at the Inter-American Development Bank in Washington.

"The feedback we are getting from sovereigns, banks and utilities across the region indicates that there is a growing pipeline of issuers preparing to access the market.

"That is just as well, because recent estimates suggest that $40-$50 billion of investment will be needed annually if Latin America is to address the challenges of climate change. Additionally, Ketterer says that the region needs to plug an annual infrastructure deficit of some $150 billion. Ketterer says that there is no shortage of investment liquidity available across the region to satisfy much of this requirement.

"The region has huge pools of savings, mainly in the form of pension funds, which are looking for opportunities in fixed income markets away from government debt," he says.

"They are very interested in diversifying into infrastructure, and especially into green or climate projects."The less positive news, for green finance in LAC, is that much of the potential investment demand for green bonds, be it local or international, has been held back by the overall shortage of knowledge among investors of green investment opportunities. It has also been hampered by the lack of transparency and good practice in reporting the use of proceeds and impact of green bonds issued so far. According to a recent analysis supported by IDB and CBI, globally less than half (47%) of surveyed issuers of green bonds report both on how the proceeds of their deals are allocated and on their environmental impact. In Latin America and the Caribbean, this number is little over half (53%). The same analysis found that 27% of issuers have chosen to certify their bonds under the CBI standard, while only 1% provided the market with post-issuance assurance on their use of proceeds or on their impact.

In order to scale up further the potential of LAC green bond markets, IDB is committed to attract investors to the opportunities from the underlying investments and programmes resulting from the green bonds issues to date.

It is also helping issuers to better navigate green bond methodologies and report on their initiatives. In order to enhance efficiencies and more robust reporting standards in the market, IDB has launched a Green Bond Transparency Platform (GBTP).

Supported by a who's-who of 30 regional and international issuers, external reviewers, standard setters, financial intermediaries, investors and asset managers, and donors engaged in the development of the global sustainable capital market, this ground-breaking initiative was announced in December 2019 at COP25 in Madrid under Chile's presidency.

"The region's green capital market is in urgent need of a platform offering unrestricted access, which provides clear and harmonized data on use of proceeds and environmental impact reporting aligned with best international practice," Ketterer explains.Currently in its piloting stage and set for official launch in the fall of 2020, GBTP will be open to all labelled green bonds issued in the LAC region, and has three broad objectives.

The first is to encourage and facilitate high quality disclosure on how the proceeds of each new green bond are allocated through the provision of secure pre- and post-issuance reporting.

The second objective is to provide investors with updated progress reports on the environmental performance and impact of the projects financed by each green issue.

This will not only reduce the costs incurred by investors in researching each new issue and allow them to make more informed investment decisions based on environmental performance criteria. As Alexander Vasa, Green Finance Advisor at the IDB points out, it will also help investors to make more meaningful comparisons between individual issuers in the region's green capital market.

"Today, one of the main challenges facing investors in the green bond market is the time-consuming process of sifting through issuers' reports to extract comparable data from them," he says.

"By encouraging issuers to upload data onto a trusted and accessible website, we are aiming to ensure that issuers in the same sector provide data in a standardized format and with comparable levels of granularity."

A third goal of the GBTP is that it will facilitate the provision of external review services for issuers; and a fourth is that by being open to all, the platform will keep the public more closely informed about the methodologies used by issuers in the green bond market, thereby promoting greater awareness about the long-term threats associated with global warming.

Issuers listing their bonds on the platform are under no obligation to secure external reviews. However, IDB hopes that such reviews may eventually result in a pricing advantage and become an incentive for more issuers in the green bond market to ensure that their funding programmes are endorsed by reputable external reviewers.

While the platform is clearly designed to foster an improvement in reporting standards across the region's green bond market, it will seek to be taxonomy and methodology neutral. "Rather than declare which bonds are green and which are not, the GBTP will require the individual issuer to clarify which standard it is aligned with," says Vasa.

"This could be the International Capital Market's Green Bond Principles, for example, the CBI Standard or the ISO 14030 Environmental performance evaluation for green debt instruments which is currently under development."A striking and innovative feature of the IDB's initiative is its plan to use Blockchain as a means of enhancing the efficiencies of the platform over the long term.

"As the platform grows and we attract a much wider diversity of issuers, Blockchain methodology will play an important role in scaling it up," says Ketterer.

Today, adds Vasa, the platform's developers are currently in the prototyping phase, testing the system by uploading data from 15 green bond issues from 10 pilot issuers.

"If this process continues to go smoothly, we believe that the platform will be ready to be formally launched by the end of August 2020," he says. "Our target is that by 2021 at least 80% of all green bond issuance in Latin America and the Caribbean will be represented on the GBTP.

"The IDB hopes that this level of participation will have the effect of kick-starting a virtuous circle of improved reporting standards, incentivizing other borrowers in the bond market to consider issuing green bonds, and to encourage the endorsement of issued green bonds by external reviewers, eventually promoting improved pricing in the market.

The next step: collateralizing green bonds in Latin America?

Ketterer says that while he is optimistic that the platform's targets can be reached on schedule, there is plenty more that the industry could do to enhance transparency and thereby strengthen investor confidence in the region's green bond market.

One priority, he says, should be the tightening of regulatory oversight to ensure that issuers' prospectuses provide much more detailed information on how the funding is allocated. Ketterer believes that the region's green bond market could take this process one step further, by pushing for a more direct and verifiable connection between bonds' repayment terms and the underlying assets financed by their proceeds.

"By definition, the proceeds of a genuine green bond should be clearly identified and irrevocably linked to a particular set of assets," he insists.

In order to further reinforce this link, Ketterer says that the IDB is working on a new initiative aimed at collateralizing issuance in the Latin American green bond sector based on methodologies familiar to borrowers and investors in the European covered bond market.

Covered bond issuance in Latin America dates back to 2012, when the first transaction was launched in Panama, since when a covered bond sector has also been launched in Chile.

Elsewhere in the region, legislation has been passed in Brazil on Letras Imobiliárias Garantidas ("LIG"), which are very similar to European covered instruments.

"Although covered bonds continue to evolve in Latin America, there are a number of risks associated with their issuance, which is why we are working closely with central banks, regulatory authorities and securities commissions throughout the region on the development of collateralized green bonds," says Ketterer.

While this may appear to be a formidable challenge, given the number of individual capital markets across Latin America, Ketterer says that the similarity of legal frameworks in the region's main markets should make scaling up the market across the LAC region achievable.Encouragingly, the IDB has already identified potential issuers to act as a pilot for this initiative, with Ketterer hopeful that the regulatory framework will be ready to support a maiden collateralised green bond issue by early 2021.

This in turn should help to encourage further issuance in the region's nascent green bond market.