From an investor's point of view, green bonds are not different to non-green issues in terms of risks, but they offer substantial rewards.

The risk of a green bond is identical to that of non-green bonds, as the vast majority comes in the form of so called ‚use of proceeds' green bonds offering direct recourse to the issuer.

In terms of rewards, secondary market trading levels show that outstanding green bonds trade in line with non-green bonds. Yield advantages or disadvantages are not visible, in particular in the current market environment of compressed spreads. However, green bonds offer investors substantial rewards from an ecological point of view.

Supranational and agency issuers such as the European Investment Bank, Germany's KFW or Norway's Kommunalbanken (KBN) are a case in point. They offer detailed reporting on their green bond programmes, as for example the EIB's Climate Awareness Bond (CAB) statement, KFW's Green Bond Reporting or KBN's Green Bond Framework. It allows investors to track exactly which environmental project a specific bond issue is supporting, and it quantifies the environmental benefit of each investment. For example, each €1 million invested in a green bond by KfW saves 800 tonnes of greenhouse gas (GHG) emissions a year, equal to the GHG reduction effects of a forest the size of London and Frankfurt combined.

EIB's CAB statement even goes as far as tracking GHG savings on a project-by-project basis, a ground-breaking development for the segment. Thus, green bonds enable investors to directly combine measurable climate protection effects with their investment. This is a clear advantage over regular (non-green) bonds, where investors have no visibility whatsoever on the general corporate purposes of bond proceeds.

The EIB has repeatedly set both pace and standards for green bond issuance beginning with the first ever green-themed bond issue in 2007. Use of proceeds were declared for renewable energy and energy efficiency projects. The majority of the use of proceeds for all outstanding green bonds are still dominated by renewable energy and energy efficiency followed by clean transportation, sustainable waste management and clean water. These project categories were the most common ones for corporate green issues as well. Still, market consensus is that corporate issuance lags behind, both from so-called pure play issuers as well as from companies that have to differentiate between eligible and unqualified project categories.

The motivation to issue a green bond is still driven by strategic rather than economic considerations.

Companies can borrow cheaply in the current market environment, and the extra expenses for both external auditing and internal man-hours to get a green bond running still deter many potential candidates.

But consider this: the growing public awareness that financing climate change is an investment opportunity rather than a mere cost factor is increasing. So is the number of asset managers and asset owners – and, accordingly, the value of assets – looking for suitable investments.

Europe shows an even higher proportion of sustainable investments as a percentage of total investments. Some 59% show ESG considerations and we expect these numbers to grow even more in the next publication, which will be due in February 2017. 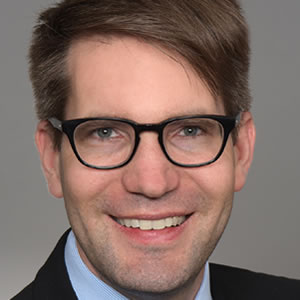 Sense and sensibility of the public on questions related to climate change have received a boost with the success of the COP21 in Paris last year.

A number of remarkable investor coalitions have publicly made available their respective ideas and expectations on the green bond market. The Ceres Investor Network on Climate Risk, the Paris Green Bond Statement and a recent investor call for the G20 to ratify the Paris climate agreement this year and to take action to ensure that its targets are met are just a few of those coalitions.

The French regulator will ask for the ecological footprint of locally based asset managers as of next year and it remains to be seen – not if, but how many European countries will follow suit.

But it is not always the public benchmark-sized bond issue that is being contemplated to finance projects with climate and environmental benefits. German wind turbine manufacturer Nordex has become the first company to issue securities in the form of a green corporate Schuldschein loan that combines the features of a Schuldschein with the characteristics of a green bond along the guidelines as defined in the Green Bond Principles.

In the meantime, green corporate Schuldschein loans have been issued for the Dutch company Friesland Campina, TenneT and, more recently, for the Spanish renewable energy and infrastructure company Acciona.

While a pricing difference between green and non-green bonds in secondary markets is not apparent in our view, investors show heightened interest for green issues when they first come to market.

This became clear when a group of three European banks brought their inaugural senior unsecured green bonds at the end of last year. Demand for new green bonds by ING Bank, Société Générale and HSBC exceeded the issue size by multiple times, and they did not need to pay new issue premiums to attract investors. The same held true for recent inaugural senior unsecured green bonds by BerlinHyp and Rabobank. The reasons for this tight pricing are manifold. Firstly, these bonds came in a generally favorable market environment. Also, green bonds are usually not increased in size during book building, because the issuer raises funds for a defined amount of green projects or portfolios, which adds to the scarcity of the bonds and thus additional demand. Most importantly, however, green bonds attract additional demand from dedicated SRIs that would normally not look at the issuer. For example, a large share (41%) of BerlinHyp's recent €500 million senior, unsecured green transaction went to sustainable investors, while as many as 35 investors bought a BerlinHyp bond for the first time, the issuer says.

Rabobank also stated that its inaugural green bond was met with increased demand from pension funds and other investors who demonstrate interest in sustainable investment.

Financial institutions are clearly the most important driver for new green bond issuance this year. They make up over one third of new transactions in 2016, according to calculations from UniCredit's green bond database.

Financial issuance is driven by large benchmark-sized issues from Chinese lenders such as Shanghai Pudong, Bank of China or Industrial Bank.

But European banks are following suit. In addition to the aforementioned Rabobank and Berlin Hyp, ABN Amro issued its second green bond as senior unsecured debt in May while Société Générale completed a five-year, fixed-rate, green, senior positive impact bond in September, also its second.

While financial institution issuance has surged, green bonds from the non-financial corporate sector have somewhat disappointed this year.

While this increase is significant, it is clearly below our expectations. As bond yields are at historic low levels, some companies find it cheaper to issue non-green bonds. What's more, green bonds lead to extra expenses for corporates, including the costs for external verification, the auditing of proceeds through accounting firms like KPMG as well as costs for annual reporting. For small companies in particular, these costs can be prohibitive.

Still, more and more sectors are warming to the idea of green issuance. Utilities are by far the most active group.

Another active issuer is TenneT. The Dutch utility firm is using green bonds as its major funding source, in particular for its maturity profile beyond seven years. TenneT has completed four euro-denominated green bonds to date and was also one of the first to come to market with a green Schuldschein.

Only recently, US-based Southern Power issued a green bond denominated in euros, becoming the first US corporate to issue in the currency.

It is likely that others will follow suit. As utilities move from fossil and nuclear power to renewable energy, green bond issuance in the sector should follow naturally.

The same holds true for are broad range of other sectors, such as transportation. A recent €900 million, 15-year transaction from French state-owned rail infrastructure firm SNCF Reseau is a case in point.

It comes after Transport for London completed a £400 million issue last year. Under the low-carbon transport theme, TfL – which moves people from high emission cars on London's overburdened roads into low-carbon public transport – used the proceeds to increase capacity and expand the network.

SNCF will use the proceeds to upgrade its network and invest in productivity, safety and quality. Thus, SNCF easily meets the criteria of the Green Bond Principles, which lists clean transportation as a project category.

These guidelines argue that use of proceeds should support low-energy or low-emission transportation assets.
The bond is in line with the Green Bond Principles, and SNCF obtained a Climate Bond Initiative certification from oekom research, which states that its overall evaluation of the bond is positive.

Ban Ki-moon, the UN Secretary-General during the World Economic Forum in Davos in 2014, stated that "we need investors, banks and other financial service providers to increase finance flows into a low-carbon energy and climate-resilient infrastructure, including through setting portfolio targets and increasing the deployment of climate bonds".

There is hardly a more efficient, liquid, tradable financial product than green bonds to serve this objective.